150 patients are treated daily at the Dareda hospital. Every year, approximately 3,000 children born. The lack of infusions would cost more than 3 people daily, including children and newborns.

For many years, all infusions were made in a separate "infusion unit" in the Dareda hospital. In this way, the hospital was able to ensure cost-effective, independent and sustainable patient care. However, this ageing unit no longer met current hygiene standards. A safe production of the infusion solutions was no longer possible.

The competent health authority set the hospital an official deadline of the end of 2018 to completely renew the infusion unit. If no modernisation has taken place by then, infusions should no longer be produced. Within a few weeks, all supplies would be exhausted. As a result of the lack of liquid and medication, people would be harmed every day. Many patients – especially children – would take their lives.

We could not and would not allow this to happen. For us it was clear:

to build, with the help of which

Thanks to the numerous supporters, the new Infusion Unit was put into operation in July 2019 after a year of anxiety and hope. On 2 May, he was a no-one. The first infusions were produced on July 1, 2019. On the same day, patients could be helped with the sterile infusion solutions, which were produced in a specially and sustainably produced manner.

How was that possible?

Just a year ago, that goal seemed a long way off. We had no idea if we would ever be able to raise the money for the vital infusion unit. But that was of secondary importance to us. We knew we just had to help. It must not be the case that people are harmed by contaminated infusion solutions. Nor should it be that people cannot be helped, because there are simply no infusions at all.

We didn't let the patients down and took over:

Our two board members Dr. med. Sebastian Röder and Micha Winterstein visited Dareda Hospital. Using the donations collected in the months before, we were able to lay the foundation stone of the project. Together with the doctors, pharmacists and engineers in Dareda, the blueprints for the new infusion unit were created in advance. On site, these could be put into action within a short time. In the first week a floor slab was concreted after the strip foundations were planted. The walls of the new infusion unit were built within a few days.

At the beginning of the year, our 1st Chairman Timo together with his companions Christoph and Andi on site impressive work. The exterior work was completed. All that is missing is the interior fitting swell and the vital sterilization device.

Long months passed. On site in Dareda, the infusion unit was built diligently, while here in Germany many people realized how important the Infusion Unit is for the people of Dareda. The donation pot filled up and we got a step closer to the goal every day…

In July 2019 – our two volunteers Maria and Andi were on the verge of returning after their two-month stay in Dareda – the day had come. We had collected the money for the autoclave (sterilization device) and even found a device directly in Tanzania that met our expectations.

Timo surprised Maria and Andi a few days before their departure:

"There is good news: we have an autoclave! You can pick him up in Moshi before you leave. When you have put it through your paces on the spot, you invite him and bring him directly to Dareda." 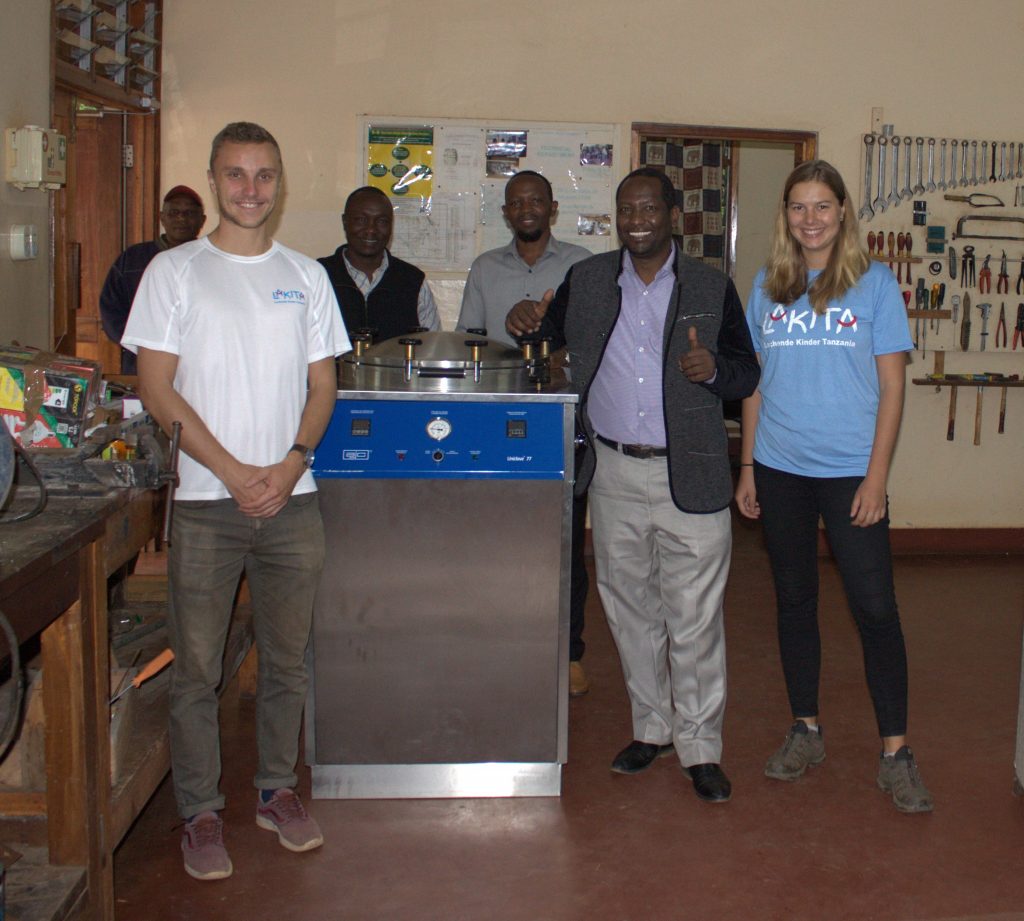 Andi and Maria have done outstanding work in Tanzania, especially the projects at the LaKiTa MPC School. Picking up the vital autoclave for the Infusion Unit and being part of the commissioning made the two more than happy. And us too. Thank you Maria and Andi for the great work. 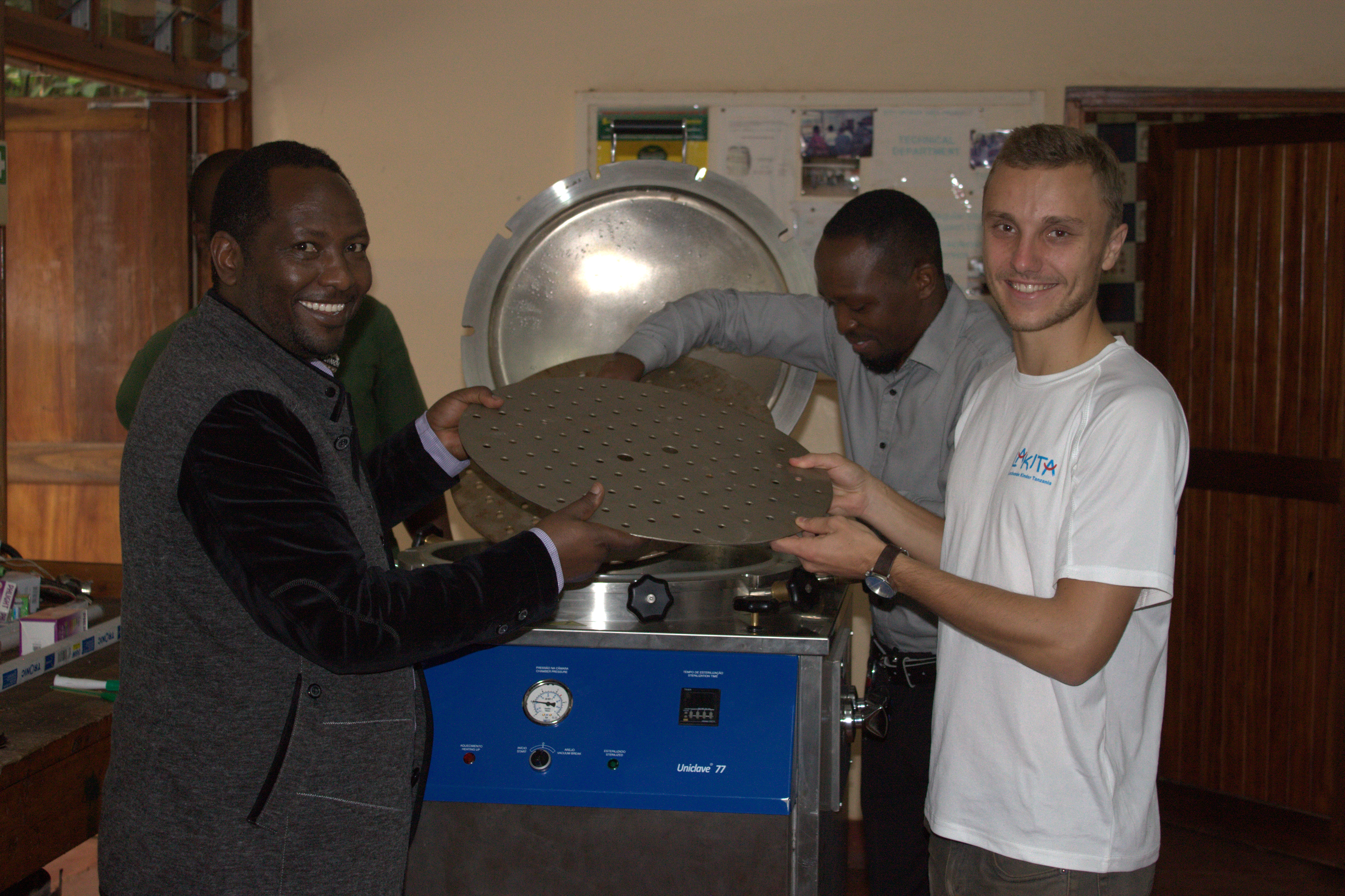 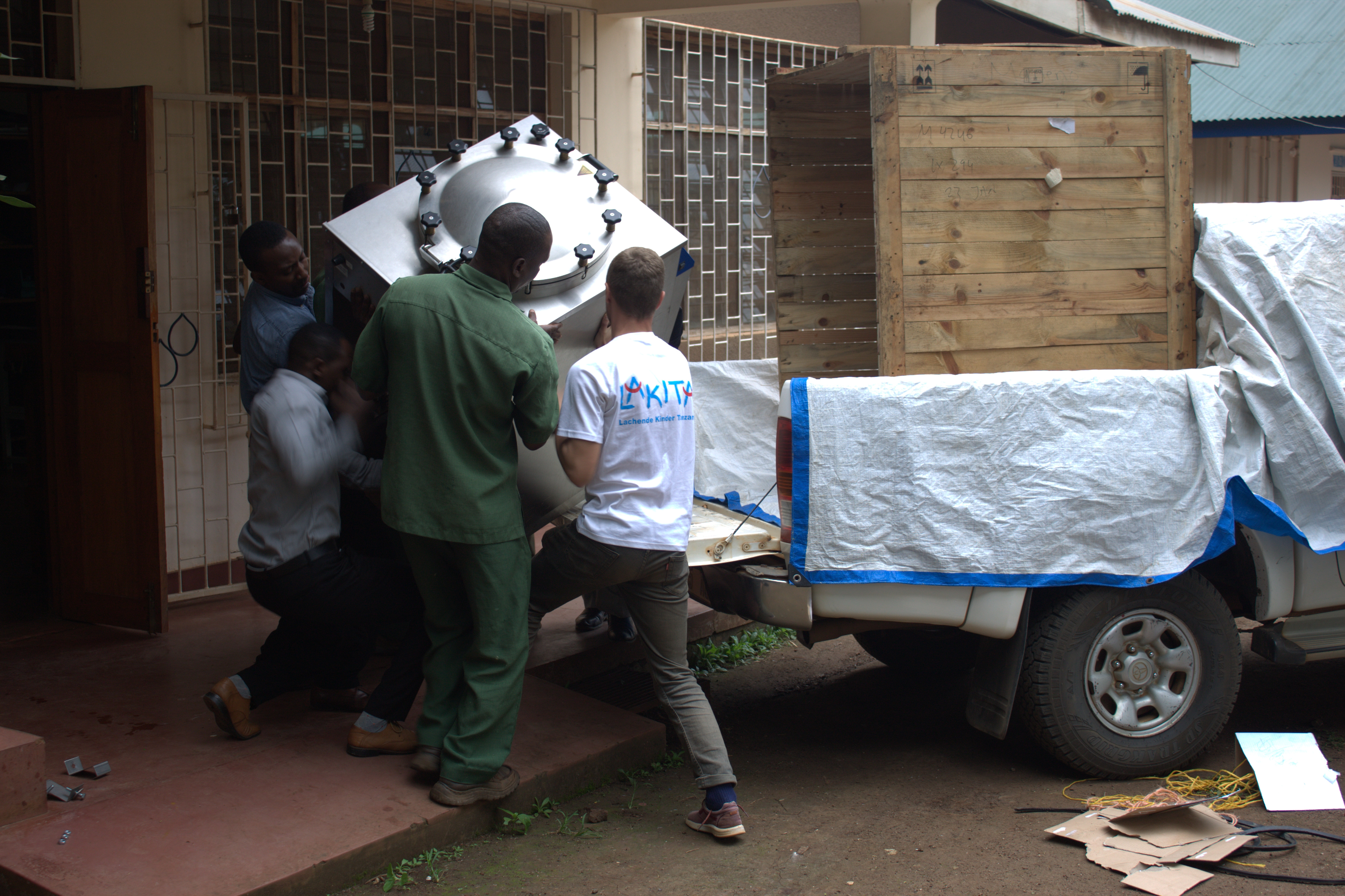 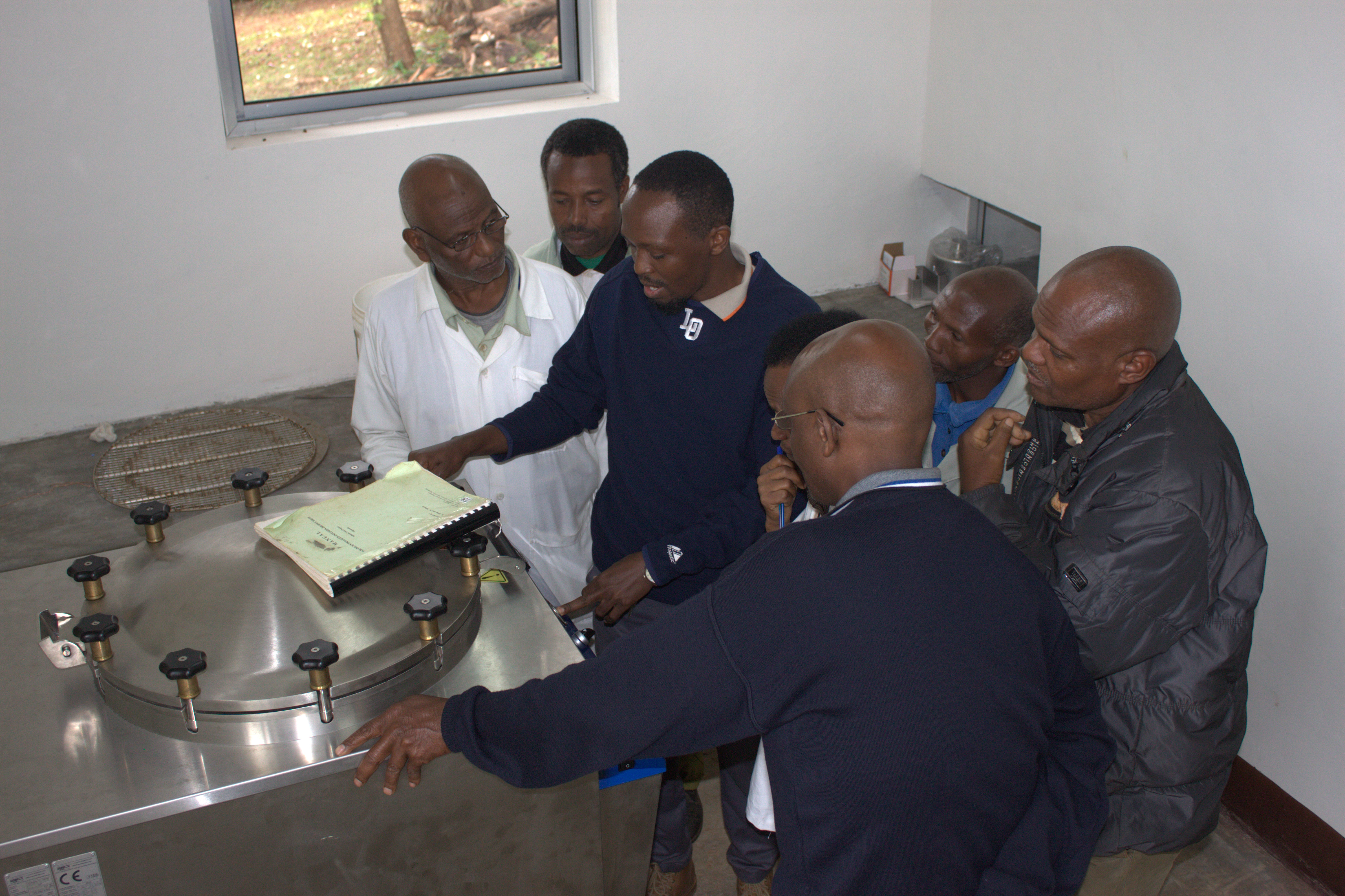 The device was in perfect condition and was therefore loaded directly for transport to Dareda, with combined forces. The next day, the device was installed in the Infusion Unit and put into operation after a detailed briefing by a specialist.

Finally, the hospital can provide itself with sterile infusion solutions in a sustainable and cost-effective manner. Patients no longer have to be afraid of contaminated infusions.

"This success story shows what many hands can achieve together."

Dr. Med. Sebastian Röder is overwhelmed by the helpfulness of the donors.

At this point, we would like to thank all donors from the bottom of our hearts, also on behalf of the staff and operators of the Dareda Hospital. Without you, the implementation of the project would not have been possible.

Together we save lives!